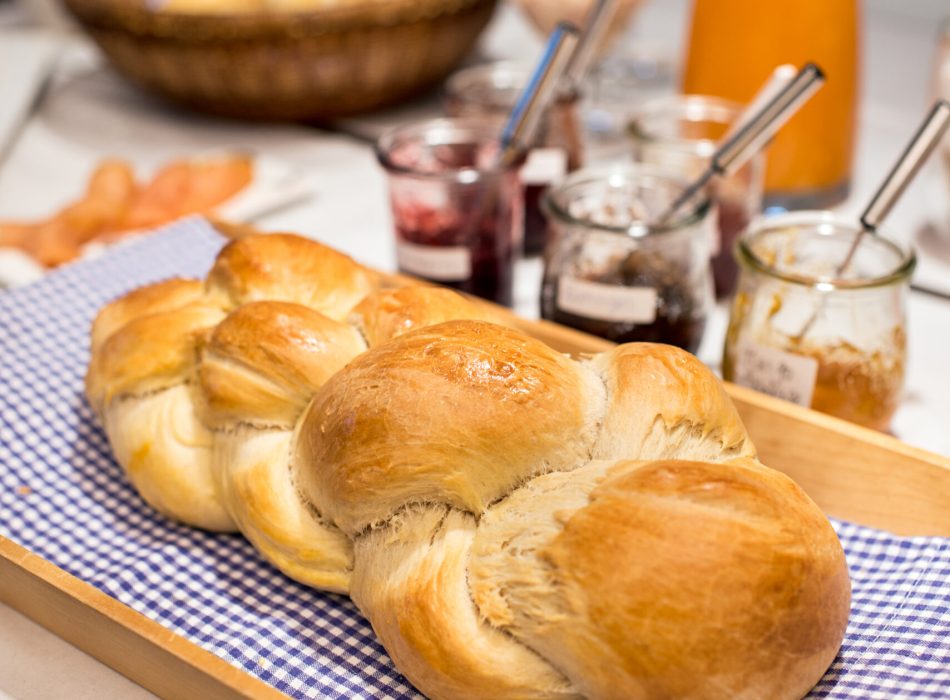 Zopf originated in Switzerland. Invented as 'Züpfe' by the newly founded bakers' guilds, the first written reference comes from the Bern region in the 13th century. However, at the time this type of white-flour bread was seen as a luxury good, and was baked only between the Feast of St. Thomas on December 21, and Epiphany on January 6.

What sets the classic Swiss-style butter Zopf apart is the use of wheat flour enriched with spelt. Opinions differ with regard to the other ingredients, such as the addition of butter and eggs to the yeast dough. There is also slight variation in form. In the Bern area it tends to be broad and slightly square, whereas central Switzerland prefers it wide and flat, and eastern Switzerland long and narrow. 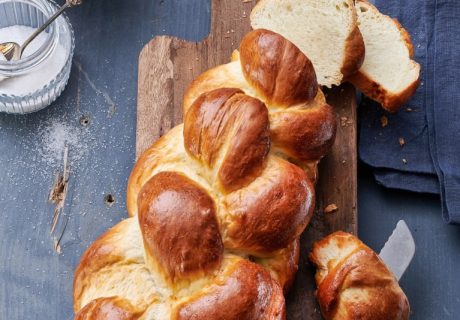 Zopf shapes may differ, but nobody disputes that, topped with jam, it is absolutely delicious with a cup of fresh coffee. Many of the bed & breakfasts on our website serve a breakfast of home-made and regional produce. So there's a good chance that you'll get a chance to enjoy this Swiss specialty alongside Swiss croissants and tempting artisanal bread straight from a wood-fired oven. Exact recipes vary around the country, so it's safe to say that you'll never taste the same Zopf twice. 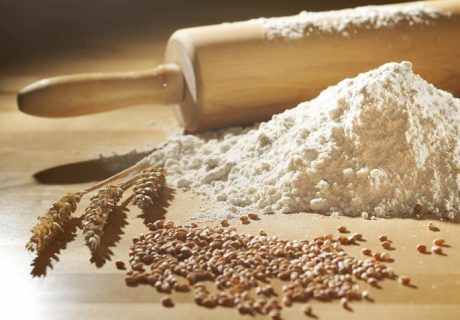 Even today, the Sunday Zopf ranks alongside the baguette as one of the most popular varieties of bread in Switzerland. Our German and Austrian neighbors also enjoy Zopf-like breads, but their versions tend to be sweet rather than savory.

Beautiful Room in a New Chalet near Verbier

Farm with the Most Beautiful View of a Picture-Perfect Landscape

Comfortable Accommodation Between Aarau and Olten

Guest Room with Shower and Kitchenette at the Gateway to Emmental

Cosy BnB in the Arboretum of Aubonne

Want to try baking a Sunday Zopf for yourself? All you need is the recipe:

Mix the flour, salt and sugar in a bowl. Crumble the yeast into the dry ingredients and stir. Cube the butter and mix it into the bowl with the milk, then knead into a soft, smooth dough. Cover the dough and leave it at room temperature until it has doubled in size, approx. 90 minutes.

Divide the dough into two portions, then roll them into two strands of about 70 cm each that are thinner at the ends. On a piece of baking paper, braid the strands together, then transfer to a baking sheet. Combine the egg yolk and milk into a glaze, brush it over the Zopf, and let it rise for another 30 minutes or so. Glaze once again with the egg and milk mixture.

Bake for approx. 35 minutes in the bottom half of the oven.

On International Mountain Day it's worth pointing out this little jewel of a B&B, where you can sit on the terrace and drink in the breathtaking mountain panorama.

We know that BnB Switzerland's guests really appreciate good hospitality. They'll go to great lengths to show their appreciation for an enjoyable stay ... even if a little creativity is required.